Newport Harbor JV Field Hockey won Third Place in the Orange County JV Field Hockey Invitational on Saturday. They lost their semi-final game 0-1 to Bonita High School and then faced Newport Harbor Frosh/Soph for the consolation game. The game went scoreless through regulation time and then went straight to penalty strokes. Annie O’Connor and Sara Robinson scored for the Sailors and Goalkeeper Payton Steiner had 5 penalty saves that secured the win. 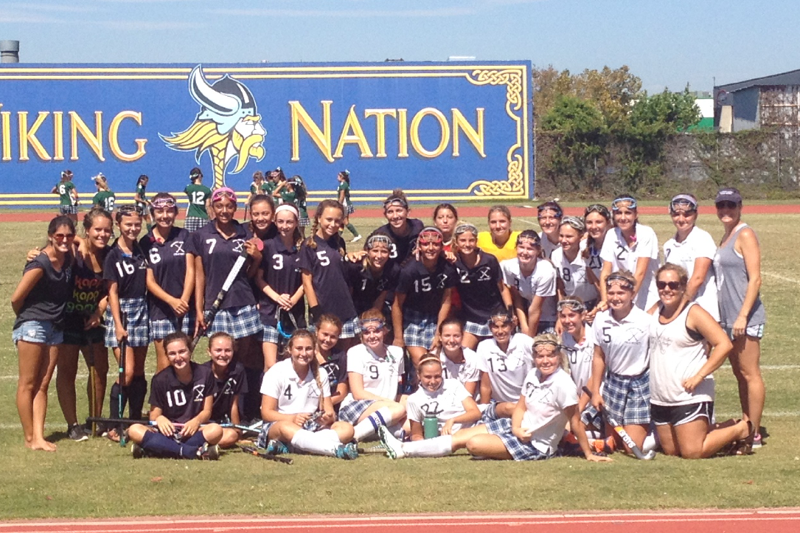 Newport Harbor Frosh/Soph Field Hockey won Fourth Place in the Orange County JV Field Hockey Invitational on Saturday. They lost their semi-final game 0-2 to Huntington Beach High School and then faced Newport Harbor JV for the consolation game. The game went scoreless through regulation time and then went straight to penalty strokes where they lost 0-2. Coach Taylor and Stephanie are very proud of their play at the JV level.

Here are the game times for JV and Frosh/Soph for Weekend 2 of the Orange County JV Field Hockey Invitational at Marina High School this Saturday, September 26:

Newport Harbor Field Hockey won the Orange County Varsity Field Hockey Invitational on Saturday. They won their pool last weekend with a 7-0 win over Westminster and a 1-0 win over Edison. Today they played Bonita in the semi-finals and won 1-0 with a goal scored in the last ten minutes by senior captain Cameron Dewan. Goalkeepers Sarah Sheldon and Callie Kennedy each had two saves.

The Sailors faced the Huntington Beach Oilers in the Championship game. The game was scoreless at the end of regulation time and after ten minutes of sudden victory 7 v 7 play. The game went to penalty strokes and Newport won 2-1 with goals by Jackie Singer and Dewan. Sheldon was in goal and had 7 saves in the game, and 3 saves in penalty strokes. 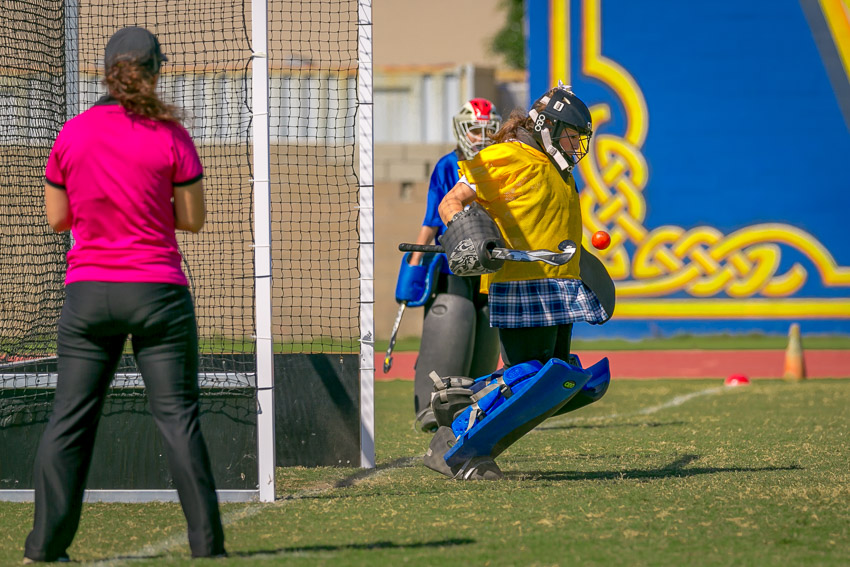 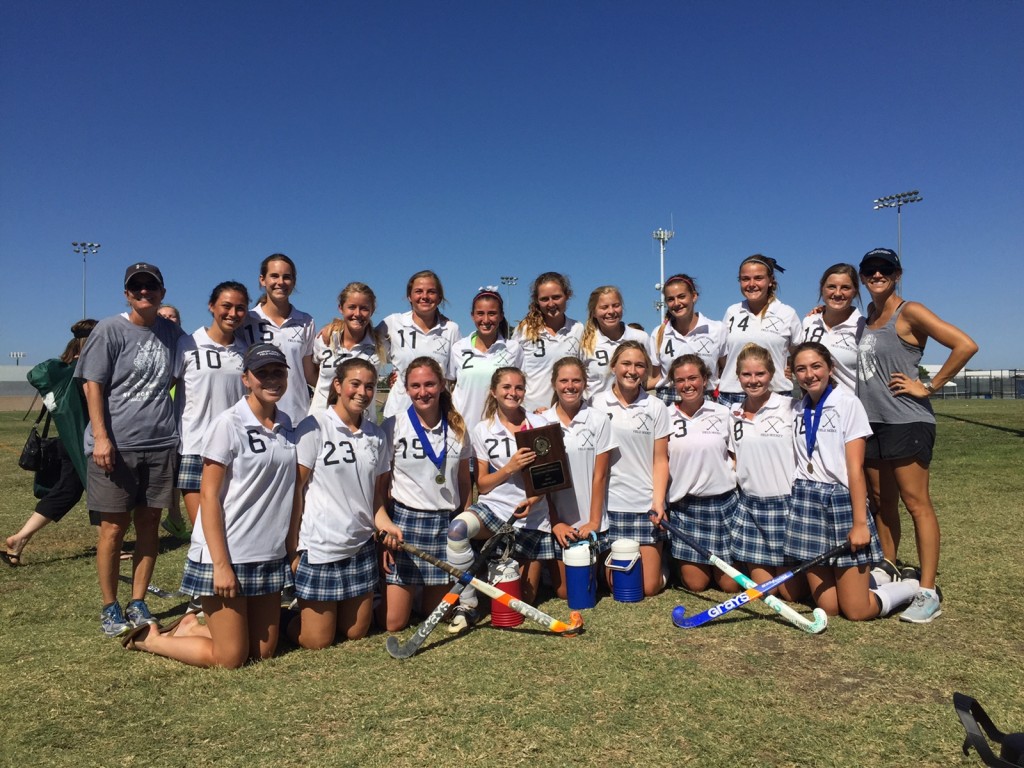 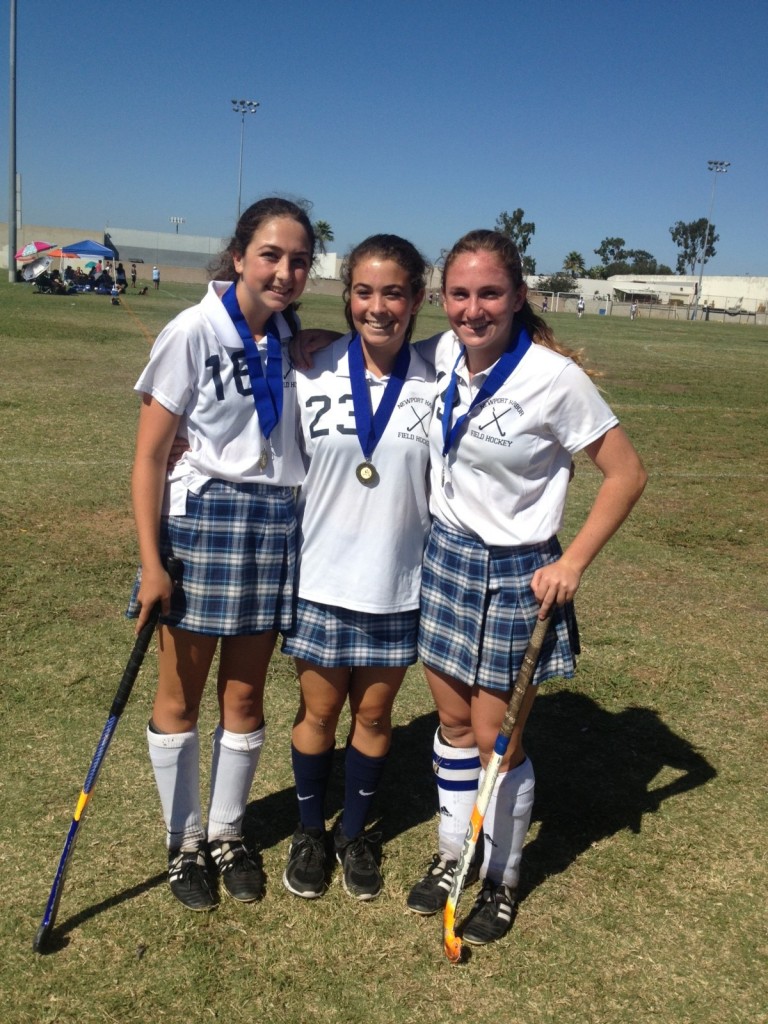 Newport Harbor Frosh/Soph Field Hockey also won their pool in the Orange County JV Field Hockey Invitational on Saturday. They defeated their first opponent, Fountain Valley High School, 2-0. Olivia Kalatschan put in two goals during the game. Grace Fay and Maddie Baldikoski were strong contributors to the midfield on attack and defense, along with Natalie Gess in defense. Newport went on to beat Westminster 4-0.  Gess, Piper Manclark, Mia Lucore, and Baldikoski all found the back of the cage with assists from Lucore, Grace Burke and Gracie Haskell.  Overall the girls played a strong game, communicated well, and deserved the win.
The team will continue the tournament this weekend. 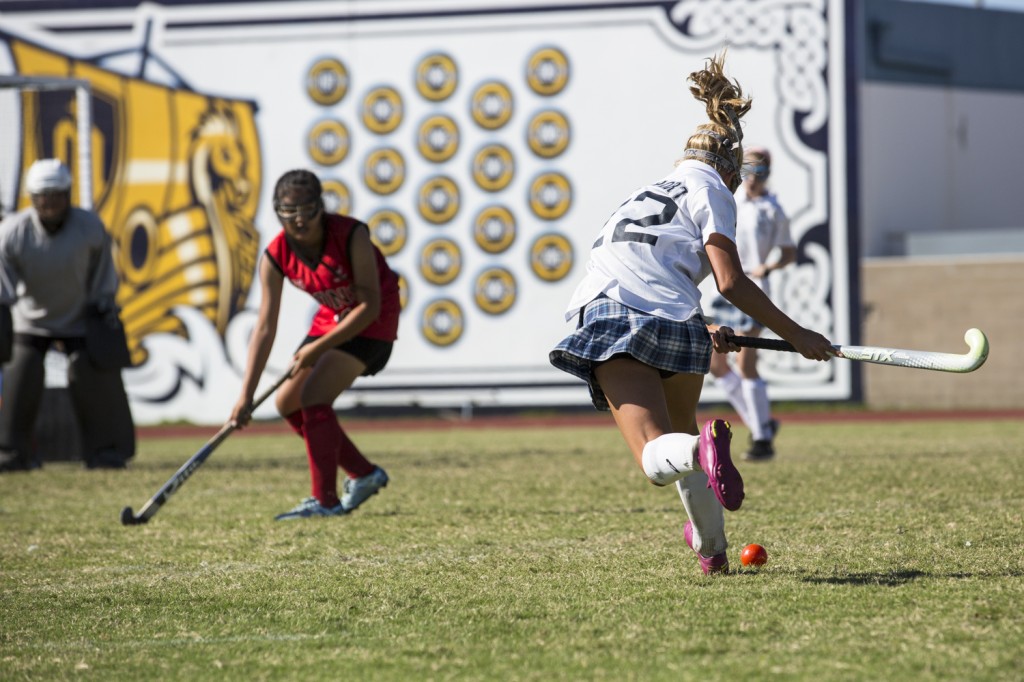 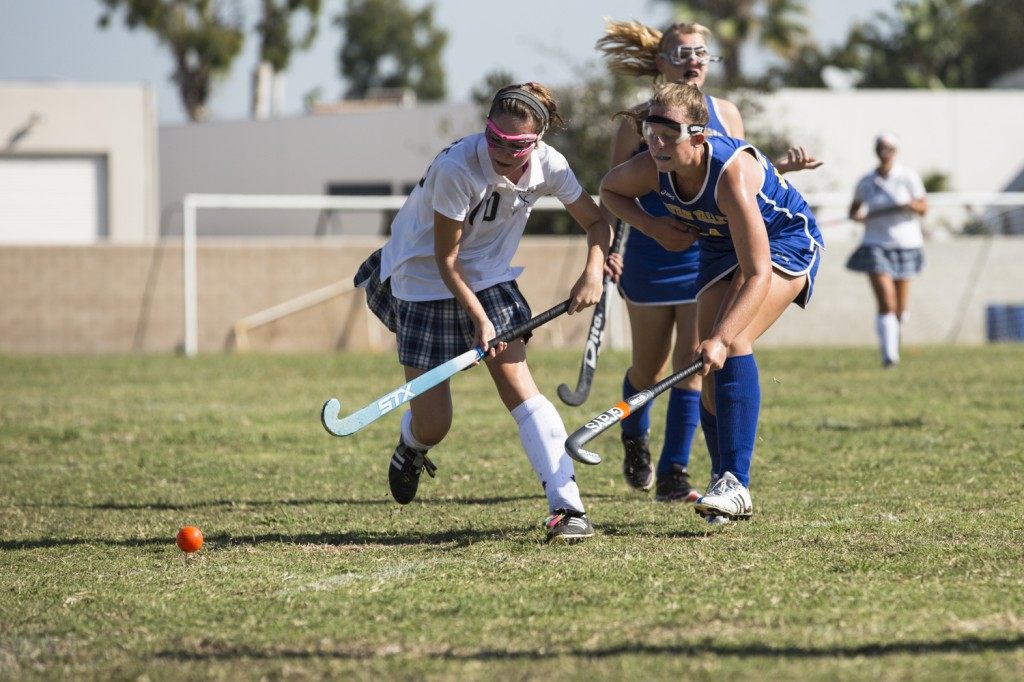 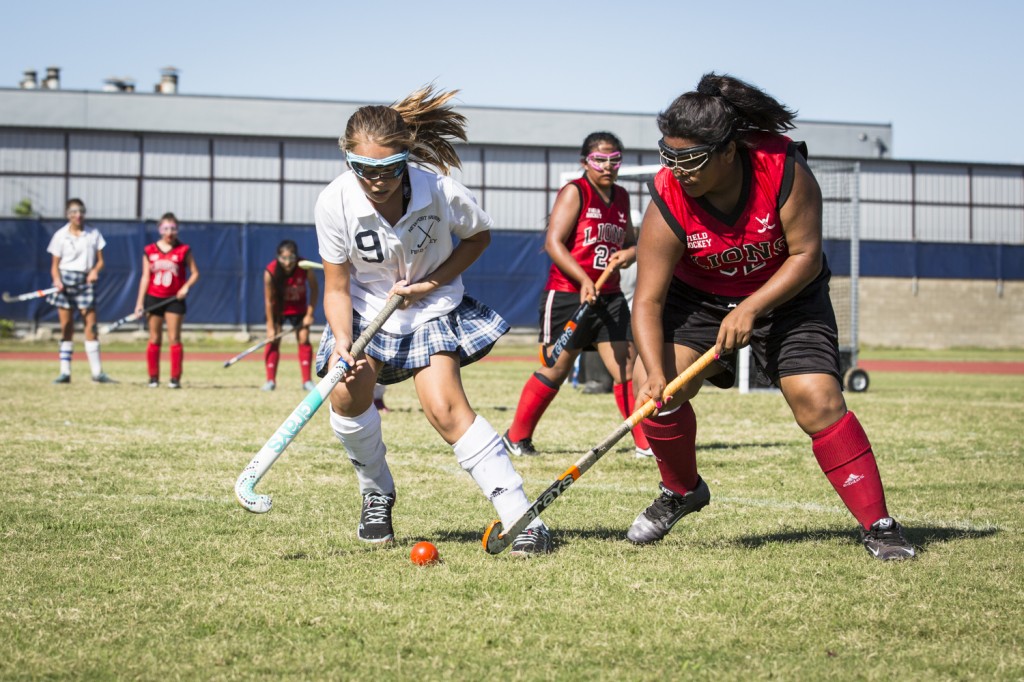 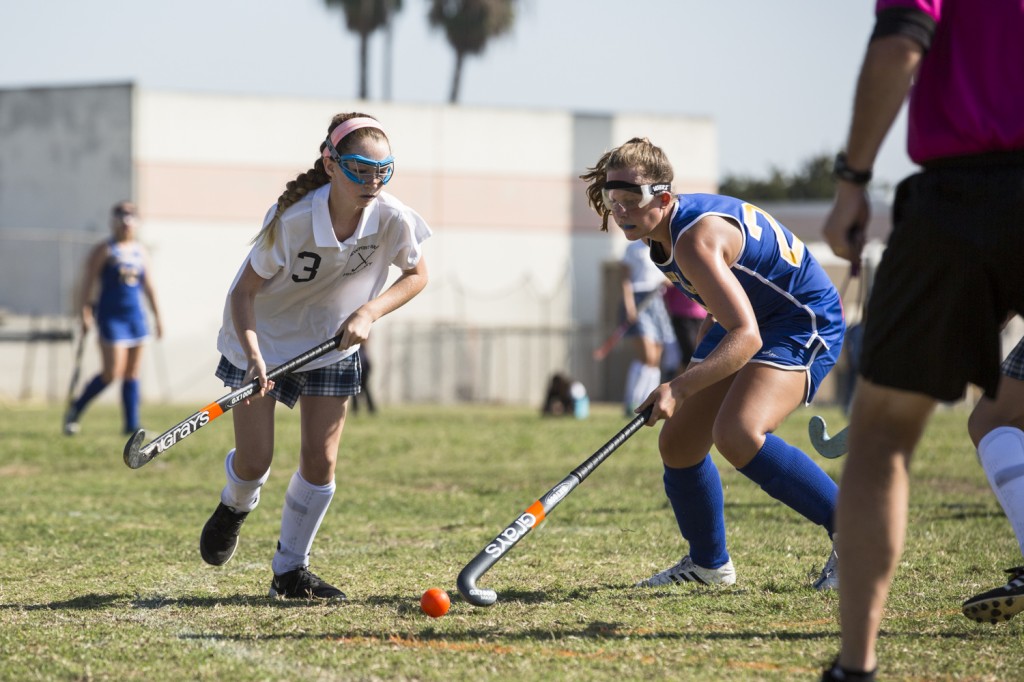 Here are the game times for each team for the OC Invitational at Marina High School this Saturday, September 19:

The Sailors faced the Lions from Westminster High School and won 7-0 with goals scored by Bridget Nolan (2), Mckenzie Porteous (2), Kendall Machado (2), and Katie Robinson, with assists by Mollie Crook and Sophie Schwarzenbach.

For the second game of pool play, Newport beat Edison High School 1-0 with a goal scored by Haley Martinez off of a short corner.

Newport will compete in the semi-finals this weekend against Bonita High School. 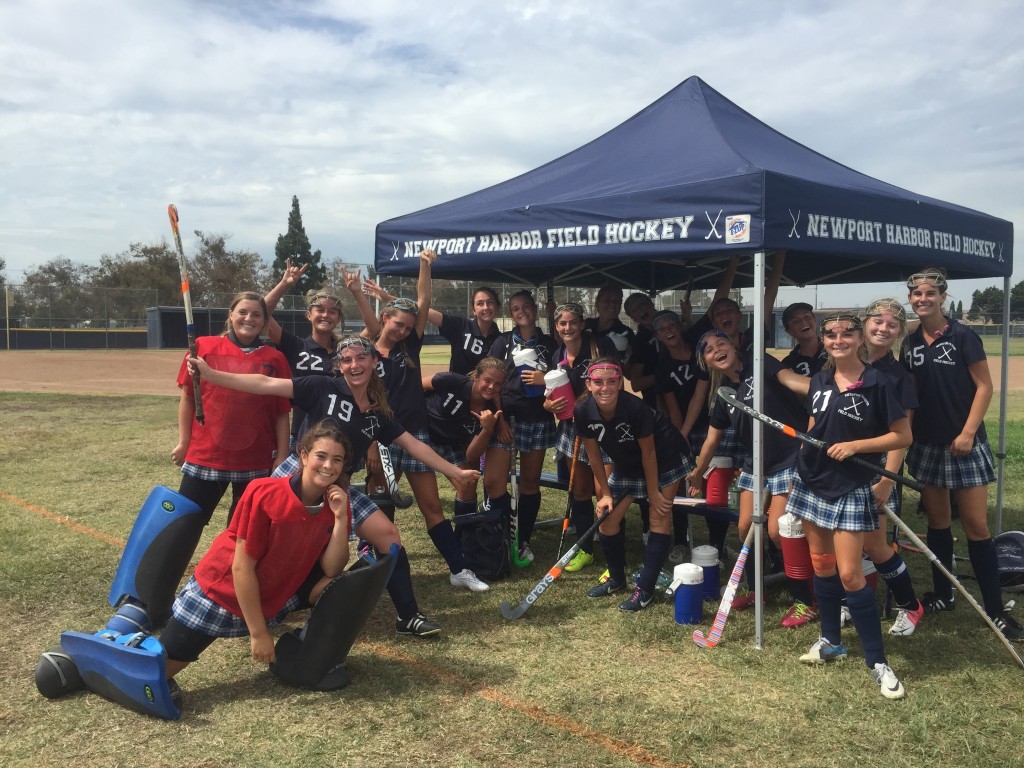 Newport Harbor JV Field Hockey were champions in the tournament after beating Westminster 2-0, Edison in strokes, and beating Huntington Beach in the finals. Congratulations to Katie Hendrix and McKenzie Porteous for their All Tournament Team honors. 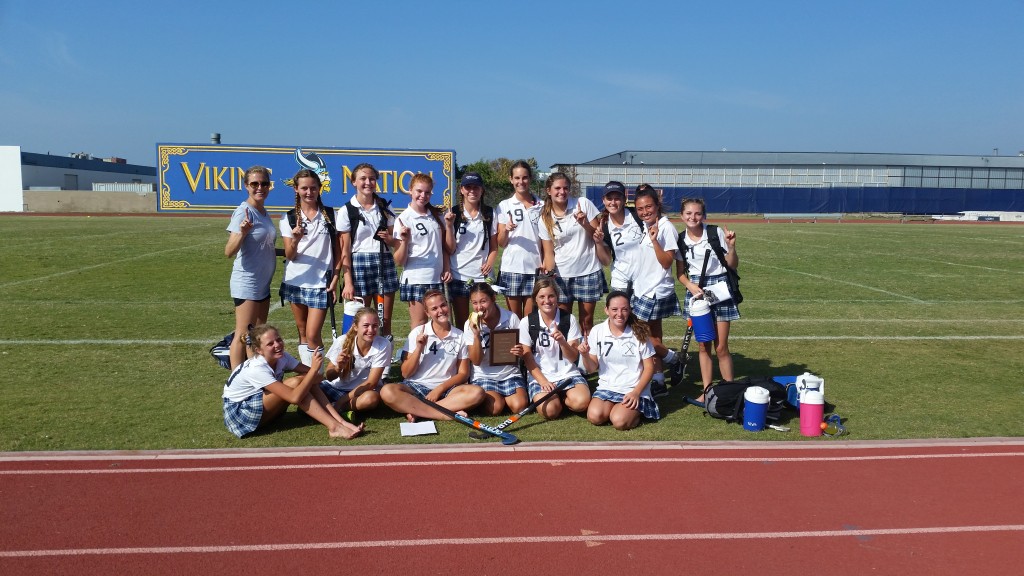 Newport Harbor Frosh/Soph Field Hockey ended the tournament in fourth place after beating Fountain Valley 3-0, defeating Bonita 1-0 in penalty strokes, losing 0-1 to Huntington Beach in a well played game, a 1-0 victory over Glendora, and a tough loss in stroke competition against Edison. Great job Goalkeeper Rachel Del Valle only let one goal in during regular game play and congratulations to Riley Warmington on her All Tournament Team honors. 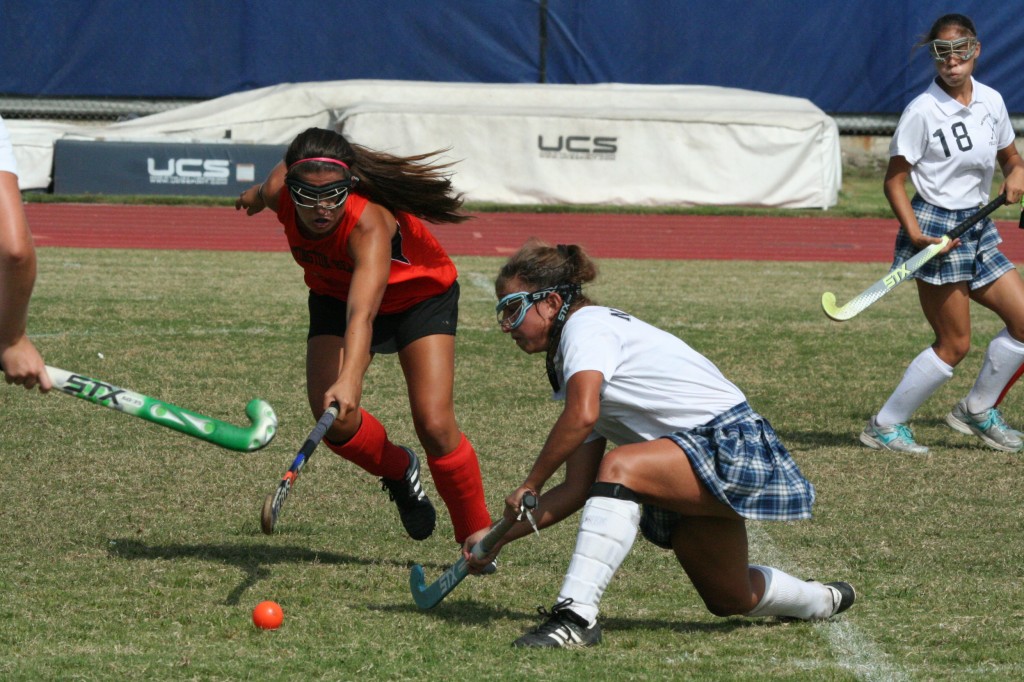 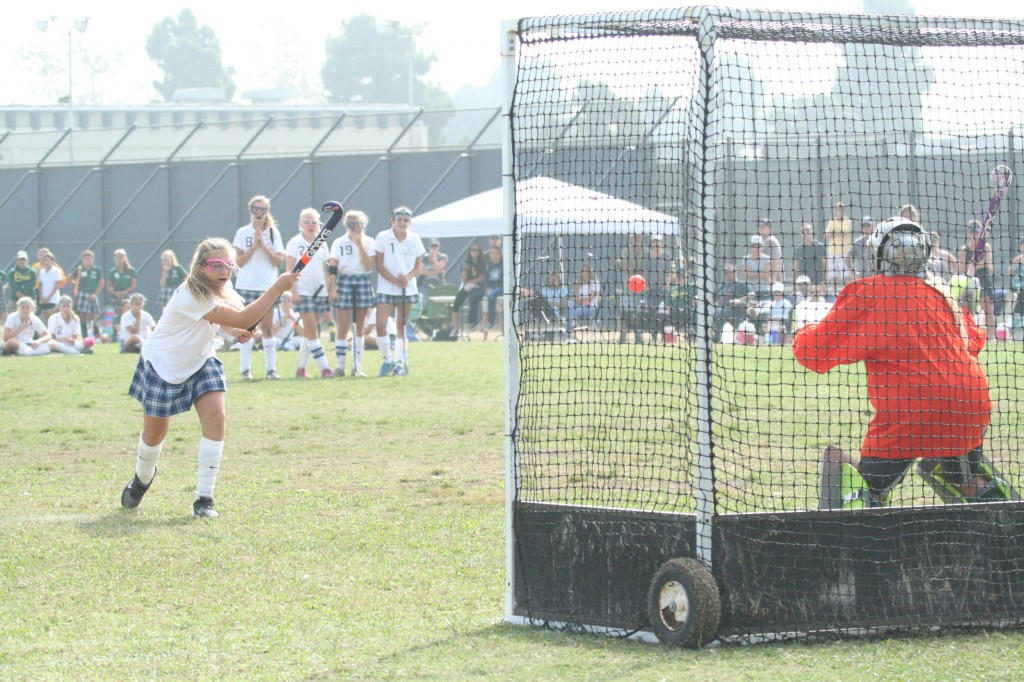 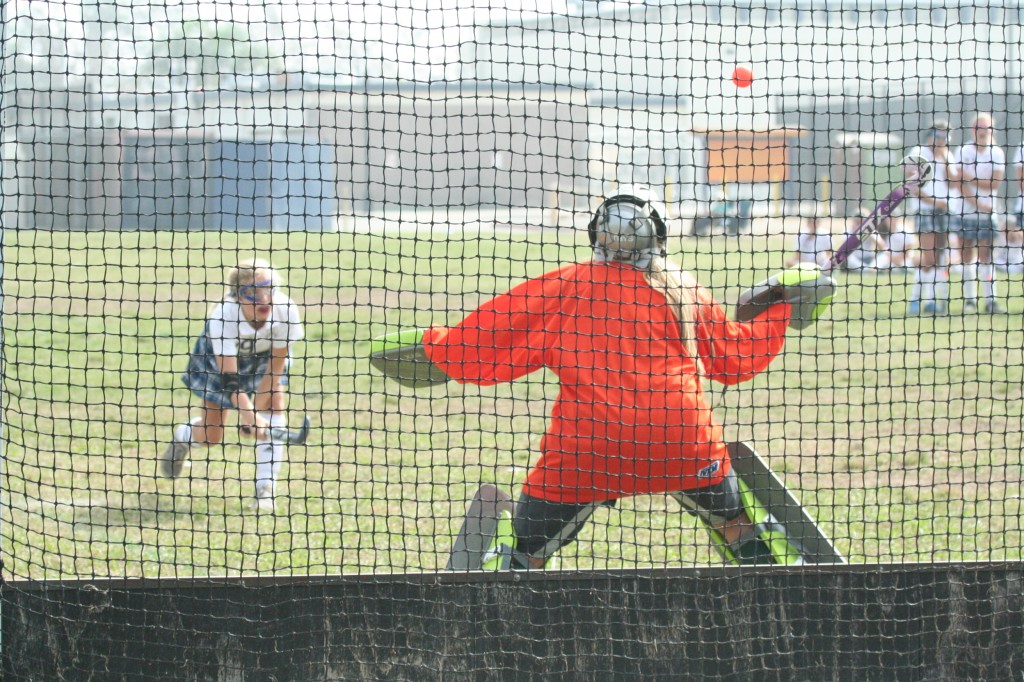 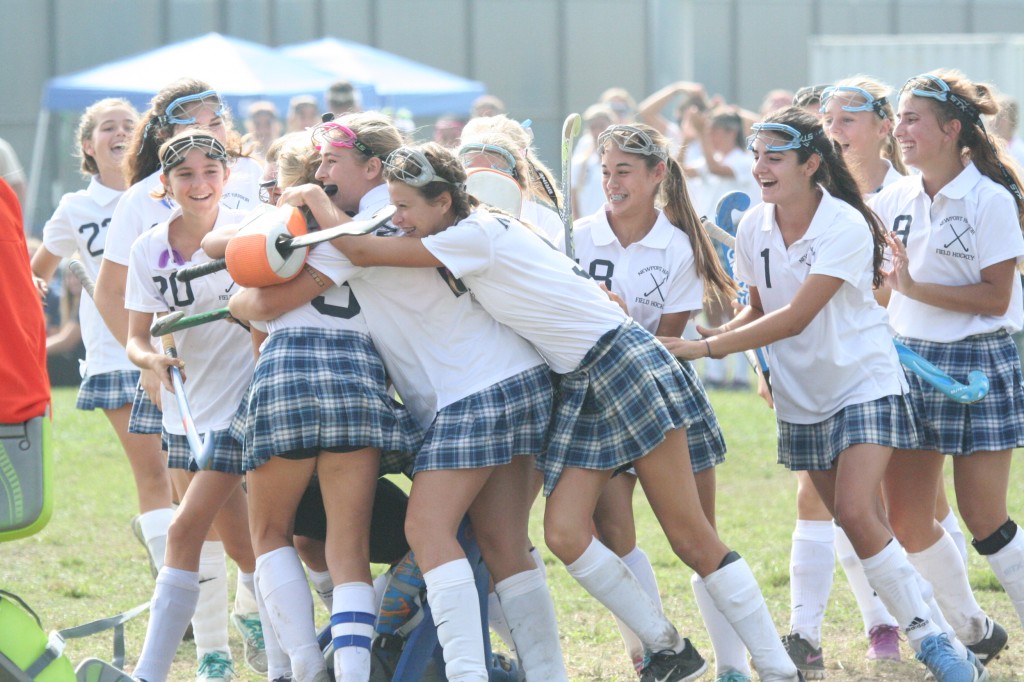 Newport Harbor Varsity Field Hockey participated in the OC Varsity Invitational at Marina High School. The Sailors won their first game against Louiseville 6-0. The semi-final game was a 3-0 victory over Bonita. The final game ended in a 0-0 tie after 8 saves by freshman goalkeeper Sarah Sheldon and countless shots on goal. The Sailors and Chargers remained tied after the first round in penalty strokes, and then lost in the third sudden victory stroke. Congratulations on a Second Place finish! Go Newport! 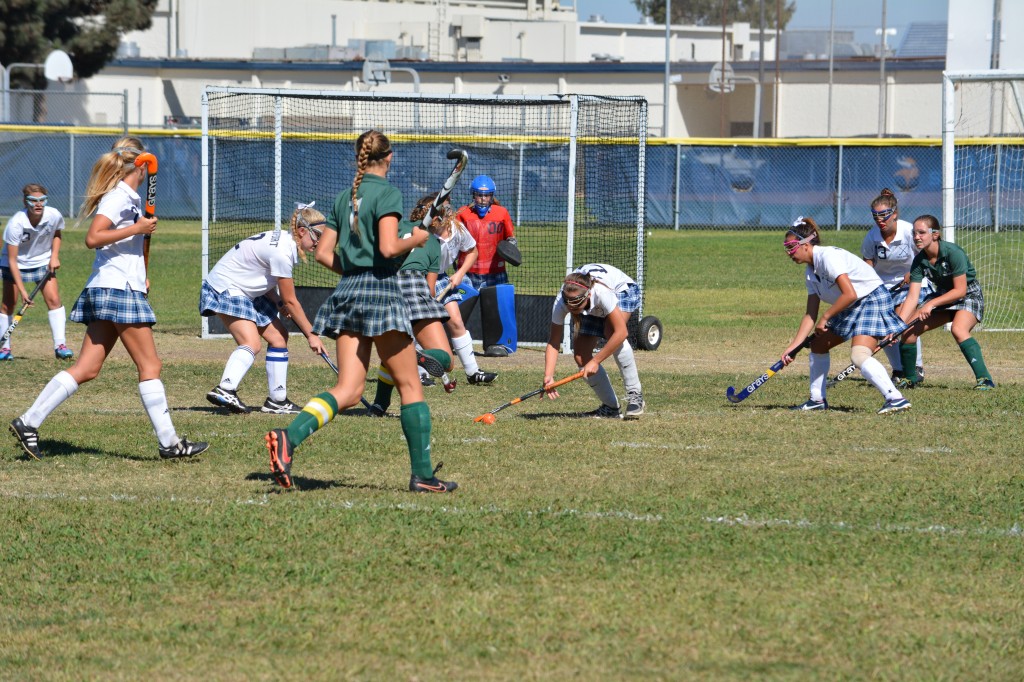 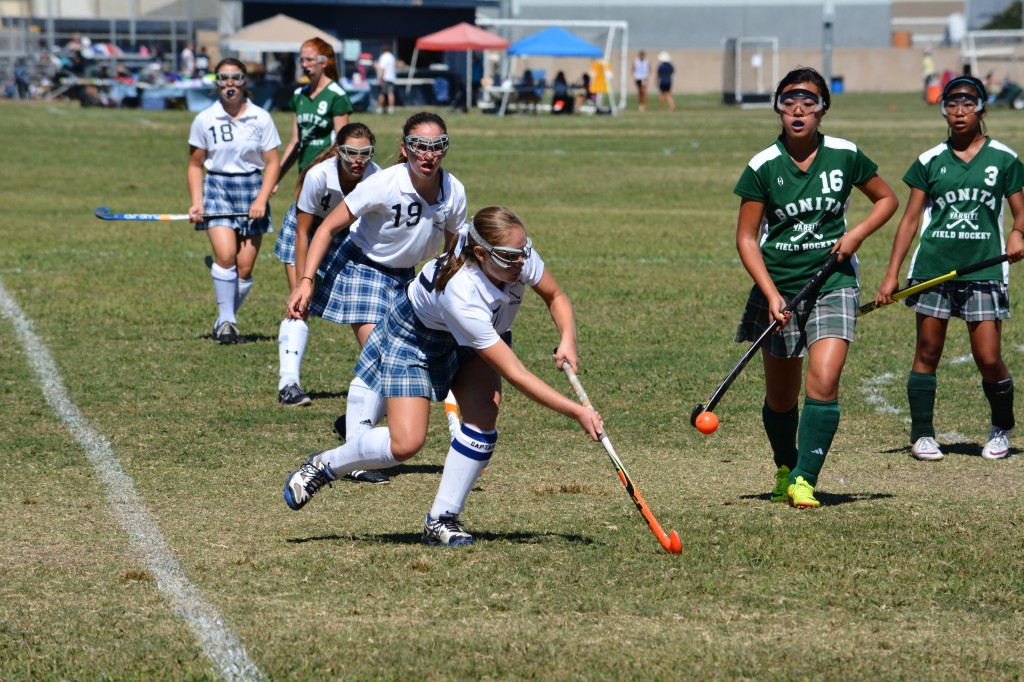 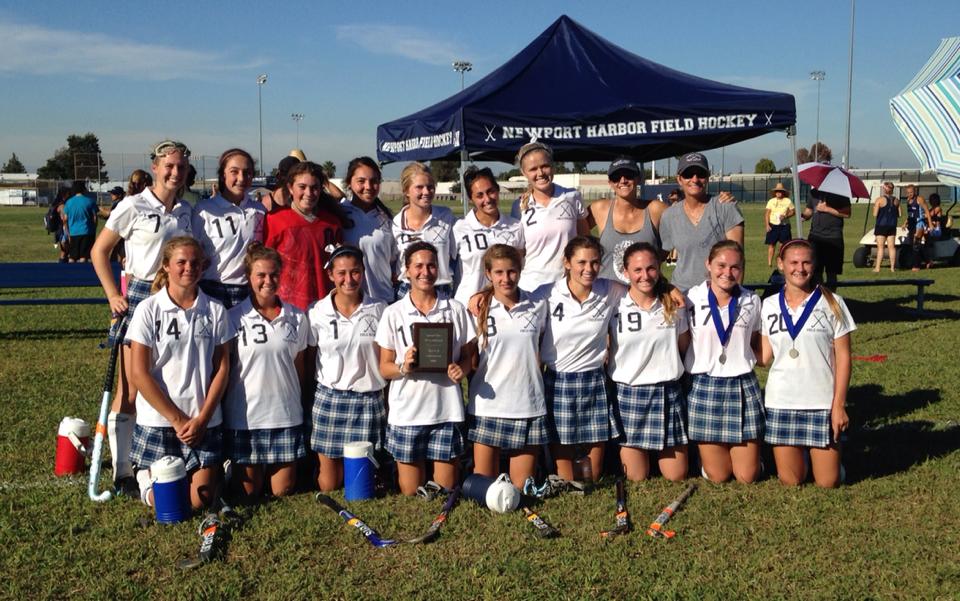