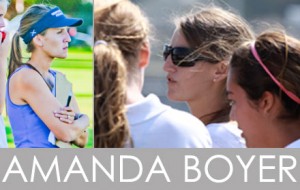 Amanda is the Head Coach for Newport Harbor. Amanda was named the NHHS Coach of the Year for the 2016/2017 season and California Coaches Association Rookie Coach of the Year for the 2010/2011 season. Before becoming Head Coach in 2010, she coached three championship Junior Varsity teams for Newport Harbor Field Hockey and one Newport Harbor Junior Varsity Lacrosse team. Amanda graduated from Chapman University with a BFA in Film and Television Production.  A graduate of Newport Harbor High School, Amanda (Wittman) was a four-year Varsity Field Hockey Goalie, a member of the 2003 Championship Team, and recipient of the Sunset All-League Most Valuable Goalie Award as well as the Coach’s Most Inspirational Player Award.  In addition to field hockey, she played soccer and lacrosse. Amanda is also an Activities Director at NHHS. 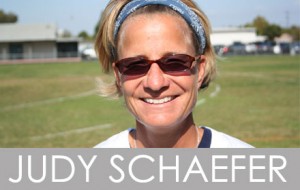 Chanse Hill
Chanse is an Assistant Varsity Coach for Newport Harbor. She is a graduate of Newport Harbor High School and spent her 4 years heavily involved in the Field Hockey Program while attending Harbor. She led her team to the TOC finals and was a key player in their successful Highlander Cup Championship. Chanse is currently a student at Arizona State University pursuing a career in education. When she’s not at a practice you can likely find her walking her dog around town or at Kit Coffee with friends. Chanse looks forward to another successful season of Newport Harbor Field Hockey!

Jane is the JV Coach for Newport Harbor Field Hockey. She is a graduate of Newport Harbor High School and University of Oregon. While at Newport Harbor, Jane played field hockey all four years and was a member of the 2010 and 2011 TOC Championship teams. She currently works in Project Management and when she’s not working or at practice, you can find her at the beach, enjoying the ocean and sunshine!